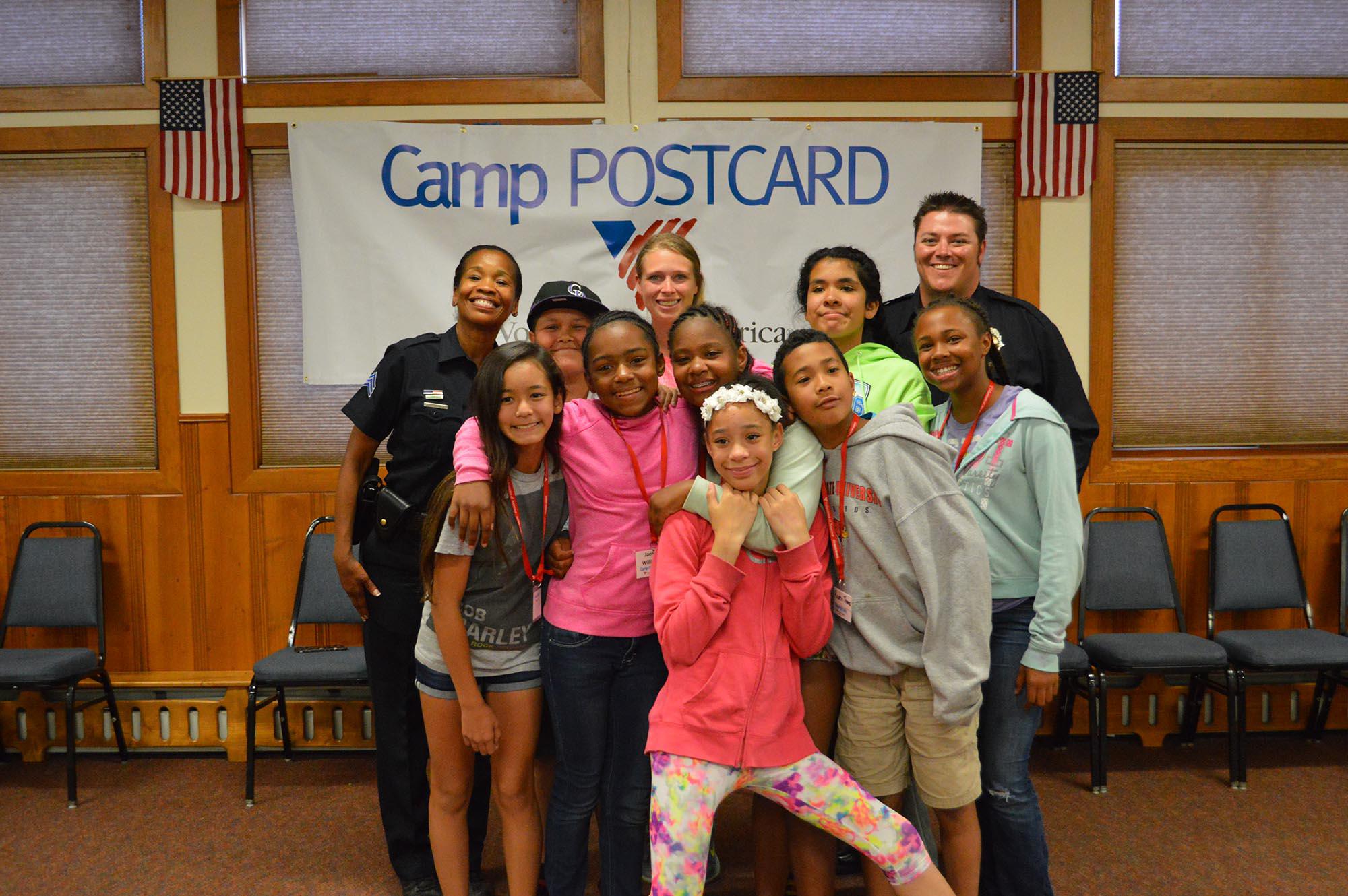 When 54 kids arrived at Estes Park earlier this month for a week of camp, most of them did not know what to expect. Camp P.O.S.T.C.A.R.D., for many campers, was their first ever camp experience and it wouldn't be until day five of camp when they would find out the big secret of camp: their counselors were all Denver Police Officers or emergency personnel.

Volunteers of America partnered with the Denver Police Department and Daniels Fund to establish the first Camp P.O.S.T.C.A.R.D., Peace Officers Striving to Create and Reinforce Dreams, this June 26 through July 1. Fifty-four 11 and 12-year-olds from the Denver Metro area spent a week in the Rocky Mountains building leadership skills, confidence, and relationships with their adult counselors.


"This camp was about building up influential youth and also using shared experiences to truly break down barriers," Dianna L. Kunz, Volunteers of America President and CEO, said. "Once a camper has spent a week hiking, eating s'mores, and sharing a cabin with a Police Officer, they are going to see them in a very different light."

"I have spent the majority of my 31 years working with children of all ages--from working with children in gangs to child abuse. I have listened to children talk about the trauma that has been inflicted on them and it seemed to me that the police always seem to be behind the curb. The age group of children, 11-12 year olds, that Camp Postcard brought to the YMCA camp this year was just perfect. These kids came to camp with open and inquisitive minds and really wanted to learn the principles of the camp, which was Cowboy Ethics," Ken Klaus, a detective with the Denver Police Department, said.

Campers learned survival skills, archery, and how to hike by the light of the moon among countless other activities. All of the camp activities aimed to teach campers to believe in themselves, to work as a team, and to use communication to overcome challenges.

"Moving through the week, it was amazing to see the shift in camper's attitudes and demeanor. The principles we were teaching were setting in and they were approaching challenges and their teammates with courage, fairness, and integrity," said Christopher Mernin, Volunteers of America Camp P.O.S.T.C.A.R.D. manager.

The pinnacle of the week for campers was seeing counselors walk in to the camper's graduation ceremony in their full police uniform. Most campers were shocked to find out that they had spent the entire week with a police officer.


"When the big reveal happened on Thursday night, when the kids found out we were cops, these same inquisitive minds were unafraid to start asking and discussing the issues that are so important to our citizens and their police force," Klaus said.

Camper, Elijah Ibarra, 12 years old, told his counselor, Officer Kyle Menssen, "I used to be scared to talk to police officers but I didn't know you were one and I roomed with you."


On the last day, campers joked that they would be telling their friends that they were on a first name basis with police officers. Jokes aside, most campers left with a new attitude toward officers, a new mentor, and a greater sense of self-confidence.

"I had told [my campers] my 11th principle of Cowboy Ethics, "to stand for those that can't." After my time with these kids I have added a 12th Principle to my own "Cowboy Ethics," listen to those that can't now, because one day they will be the ones standing for you," Klaus said.