Veteran Program brings Mom and Daughter out of Homelessness 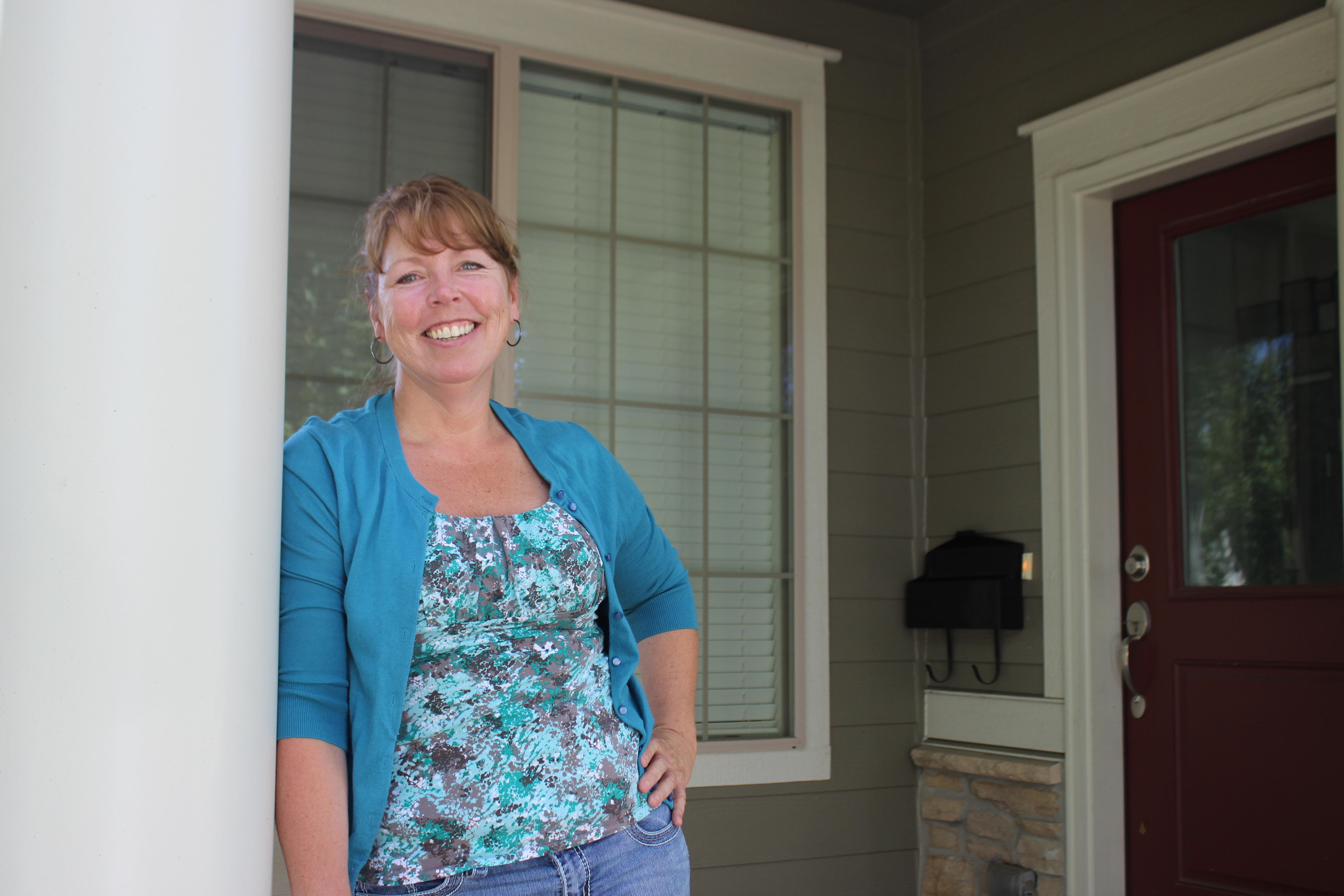 Colleen Woods waited for her daughter to get back from summer camp, dreading the moment that she would have to tell the 13-year-old that they no longer had a home. Woods, a U.S. Army Veteran, and her daughter, Arleigh, became homeless after Woods suddenly found herself without work in 2012.

“When we got kicked out of our house, our 'normal' wasn't normal anymore," Woods said.

Woods had enlisted in the Army at the maximum age, 35-years-old, with the sole goal of finding a way to better support her family. Raised as a Quaker, Woods had never been exposed to military life. However, after five years serving as a combat medic overseas she came back to the States with new confidence.

“I came into jobs knowing I had something to offer," Woods said. The military had equipped her with skills to work as a radiology scheduler, allowing her to earn a higher wage.

The military had also given Woods a strong work ethic. She frequently picked up extra shifts and said she struggled to leave work at five o'clock with the rest of the staff when she knew there was still more to be done.

When she found herself out of a job in 2012, Woods worked relentlessly to find temporary jobs, identify resources to cover a portion of their bills, and prepare for the possibility that she and her daughter could lose their housing. One a hot day in July when her daughter was away at camp someone came banging on Wood's apartment door saying she had to leave.

With all of their belongings thrown in boxes and trash bags and with no one else to turn, Woods and her daughter moved into a Volunteers of America women's shelter. Because of her military service, Woods was connected with Volunteers of America staff who work specifically to support female Veterans.

“You're just surviving. You're not thinking of yourself as a veteran. Because, why would a veteran be here? Why would someone who had so much going for them be here?" Woods said reflecting on the first days in the shelter.

Working with Volunteers of America Female Veteran Program staff, Woods identified her primary goal was to find housing for her and her daughter before Arleigh had to go back to school.

“My daughter was not going to go to school from a shelter," Woods said.

Concerned about moving into another shelter, Woods and Arleigh drove by Clermont Commons to check out the potential new home.

“Arleigh said 'mom look at that house' and I said 'no, they aren't talking about that house,' " Woods said, remembering that she thought the beautiful place couldn't possibly be their new home. “It was like moving into an Ikea house. It was so normal."

Woods and her daughter enthusiastically moved into Clermont Commons where they stayed for almost two years. During that time, Woods was able to pay off her debt, pay for significant car repairs, and still save money for she and Arleigh to move into their own apartment.

“It was so unbelievable to become homeless because of everything I was doing. I wasn't sitting around; I was putting in [job] applications all the time. But, I also had to navigate figuring out how I am going to keep the lights on. [The shelter] and Clermont Commons helped me with a lot of that extra energy I spent worrying about keeping the lights on and negotiating with the apartment."

“It gives you time to breathe. You're out of crisis mode because you have a roof over your head, you have food in your mouth, and you're able to step back and really look at your situation," Woods said.

After a year living at Clermont Commons her financial situation was jeopardized again when her family experienced medical emergency, forcing Woods to take a two month Family and Medical Leave. Living several months without an income, Woods said she doesn't know what she would have done if she had not been living at Clermont.

“Clermont Commons saved us from being exactly where we were before… it would have devastated us again," she said.

During her time in the Volunteers of America Veteran's program, Woods attended many classes on subject such as finance and budgeting, learning lessons she says she is able to pass on to her daughter, now 15-years-old.

“While we were here to support Colleen, she worked hard to make the most of all the resources available to her while in the program, making her so successful," said Jen Serna, a Volunteers of America Veteran Advocate who met with Woods regularly during her time living at Clermont Commons.

Woods and her daughter, now in high school, settled into their own apartment in April. Having been at her current job for two years now, Woods is looking to take the next steps in her career and hopes to go through a medical coding program.

“The security this program has provided for us is immeasurable, and it still continues," Woods said.