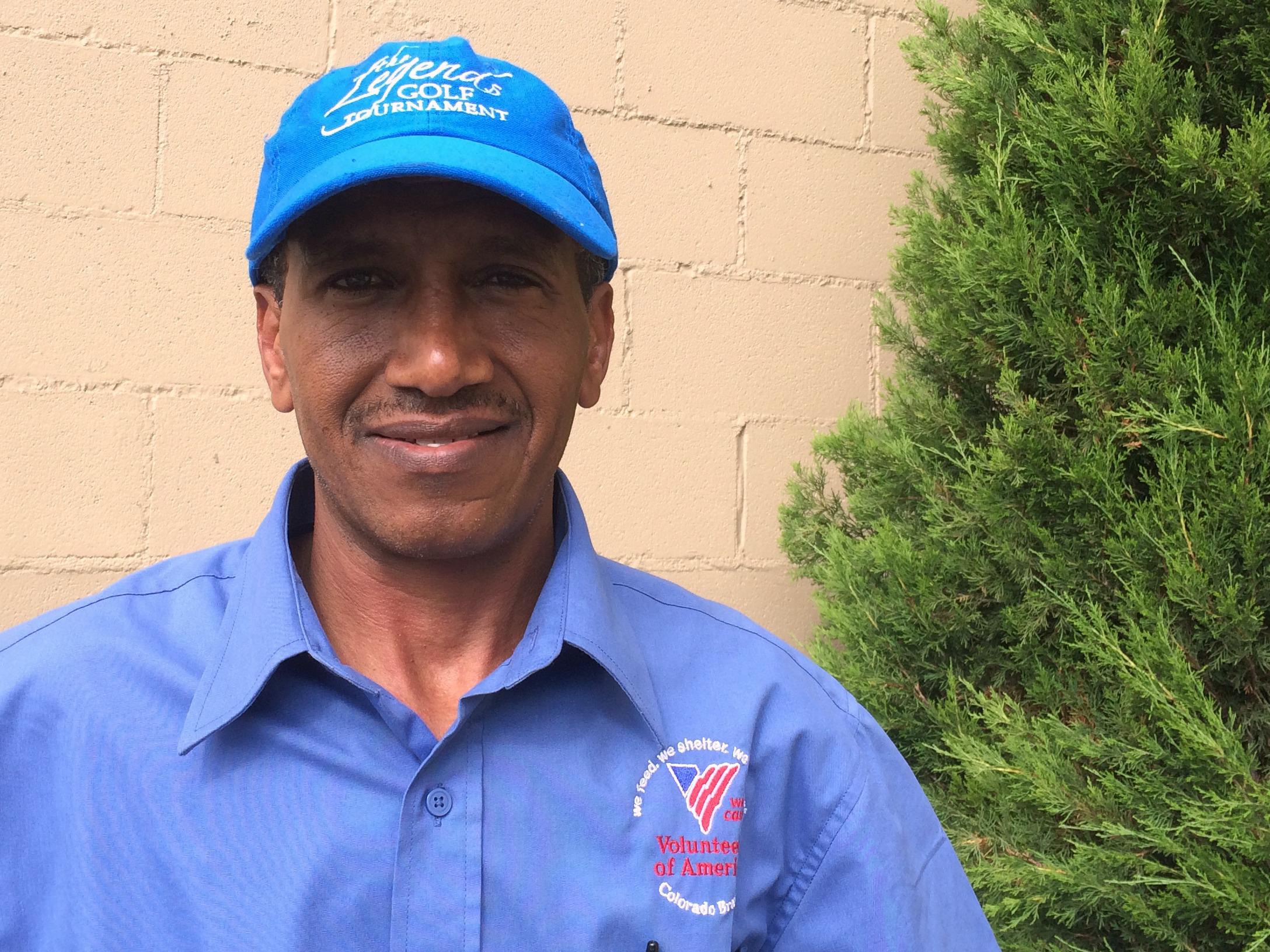 Seeing Menghisteab Berhane in the Volunteers of America Kitchen, one might guess he had been cooking his whole life. However, Berhane, in fact, spent most of his career as an accountant, overcoming a long journey to make it to where he is today.

“Sometimes life drives you so you have to follow. You have to be flexible,” Berhane said reflecting on the past year.

A native of Asmara, Eritrea, Berhane was forced to flee his home country when political unrest heightened nearly a decade ago. A long history of fighting between Eritrea and Ethiopia meant war had been a reality his entire life.

His 10-year career as an accountant for the European Commission had, for many years,  given him immunity from fighting in the war. However, in 2006 it became clear to Berhane if he stayed in Eritrea he would be force into the fighting under the oppressive regime with no chance of ever leaving the Eritrean military.

Sending his wife and three daughters ahead by plane, Berhane escaped Eritrea the only way a man of eligible military age could, by foot. He met his family in Kenya where they stayed until last year when Berhane was accepted to a food industry training program for refugees in Colorado.

Berhane and his daughters made the move to Denver in June of 2014 and Berhane begin the African Community Center’s Commercial Food and Safety Service Training Program, a program equipping refugees with necessary skills to work in the food industry.  He says he hope his wife will receive documents to come to the United States and be reunited with their family soon.

After graduating from the program Berhane was hired as a pantry assembly worker at Volunteers of America Colorado and quickly was promoted to a cook’s position. Moving from accounting to cooking was not too much of a jump for Berhane who said he has always enjoyed cooking at home.

“I like to cook, it is my passion,” Berhane said.

However, Berhane did say he had to adjust to cooking American food.  Berhane cooks all of the lunches for the preschoolers in Volunteers of America’s Head Start program, amounting to over 23,000 meals a year.

“When you know where the food is going, it gives you satisfaction,” Berhane said.

“He was an incredibly hardworking individual who brought such positive energy to our workplace,” Anderson said.

Since then, Anderson has made a point of hiring those who are escaping to Denver for a new life. It has become an extension of Volunteers of America Colorado’s mission he says.

“It is certainly encouraging to be a step in these individual’s journey to starting a new life,” Anderson said, “These are truly some of the world’s most vulnerable people and when it comes down to it we are simply lucky to have them on our team.”