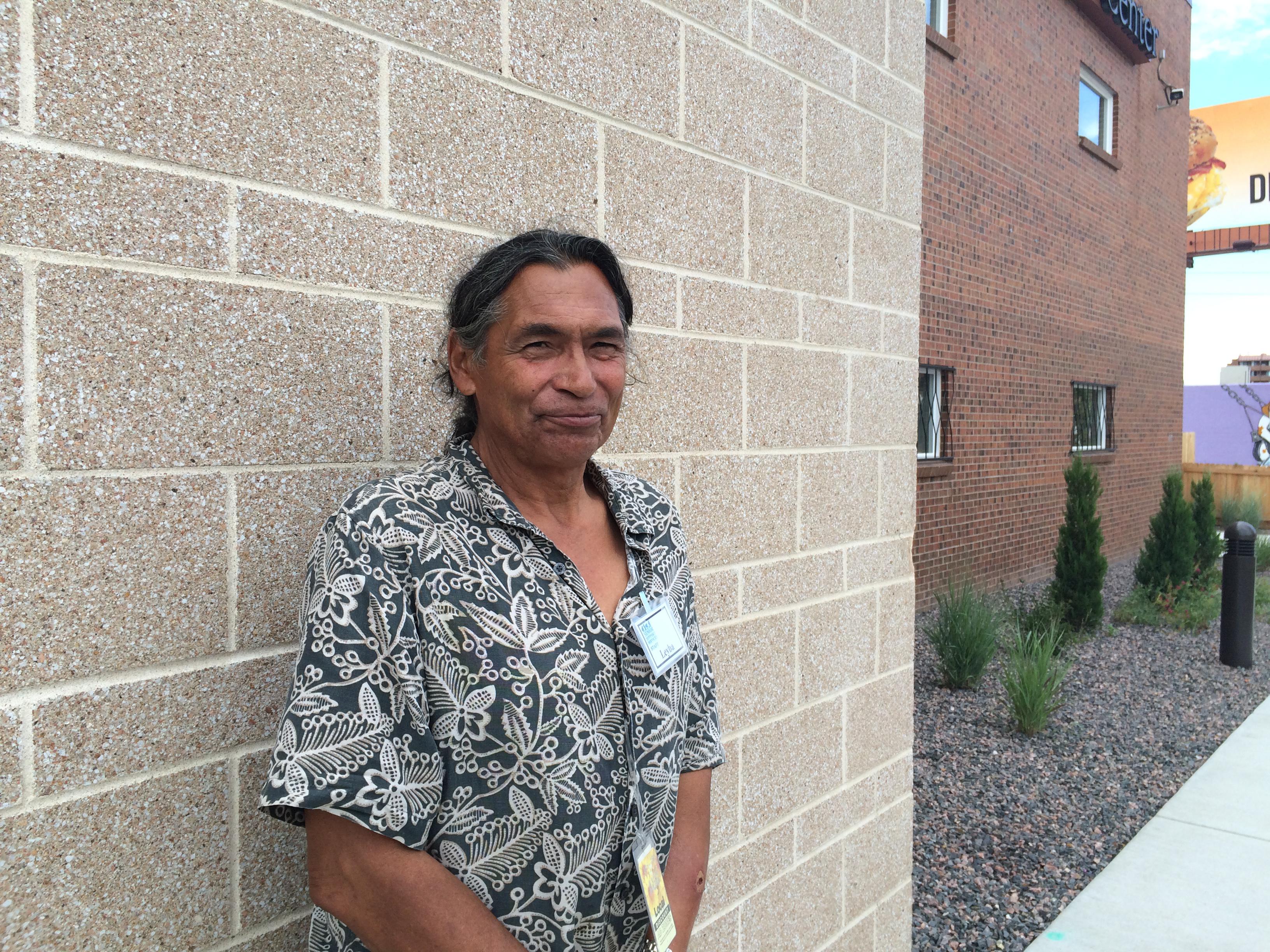 After 20 years living on the streets, the dream of a steady job and a warm apartment to call home might seem impossible. Many people that Richard Leyba meets on the streets says it sounds too good to be true.

“I am living proof that it works,” Leyba said just three weeks after settling into his new apartment.

Leyba, a U.S. Marines Veteran, was homeless for over two decades. A Colorado native, he lived on Colfax for many of those years. However, his journey to securing a place to call home was not an easy one.

After getting hurt and having surgery, Leyba said he realized he was tired and too old to be living on the streets. He decided he needed to make a plan. Leyba entered Volunteers of America’s Back Home program for homeless Veterans and their families over seven months ago. Once he was connected with Shaw, who is a Veteran himself, the two stayed in contact nearly every day.

“What John provided is that little momentum to get me to where I needed to be,” Leyba said reflecting on his relationship with Shaw.

Leyba worked relentlessly to get all of this paper work to the right people in order to get Veterans pension and to secure a job with the Rocky Mountain Service, Employment, and Redevelopment (SER) program, all the while working with Shaw to trying to find an apartment he could afford.

“Having a job and being homeless, having no place to clean up and relax for the next day puts a foul attitude on a man,” Leyba said.

For months, they looked at places and were turned down countless times. When they thought they had found Leyba an apartment, it would be taken before they arrived with the deposit, Shaw recalled.

When one unit became available that Shaw thought would be perfect for Leyba, he had to act quickly. He immediately filled out the application on Leyba’s behalf and when he couldn’t reach him on the phone, he hit the streets in search because time was of the essence, yet again.

“I went to every place in town, on a manhunt for him because this apartment was about to be open,” Shaw, a former police officer, said, “I was behind him by about two hours all day.”

Once the two finally connected, Leyba signed the lease and, after seven month of looking for a place and 20 years in homelessness, he finally had a place of his own.

“Unfortunately Mr. Leyba's challenges of finding affordable housing are all too common for those experiencing homelessness or trying to make it on a limited income. The reality of the situation is that finding housing continues to become more and more difficult,” Shaw said.

“But those of us at Volunteers of America are passionate about our mission and up for the challenge. We are relentless in our efforts find solutions for this growing issue. But we are not alone, we have such valuable relationships with landlords and property managers who are willing to make a difference in our community. We are tasked with ending Veteran homelessness and we will continue until we do just that.”

Leyba is very grateful for his experience with Volunteers of America and the other organizations that helped him along the way. He says it is his mission now to share his success with others.

“I am not much for taking handouts, but this is a hand up. John and the team gave me a hand up and I am taking full advantage of it and I am sharing it with anybody and everybody I find,” Leyba concluded.

Leyba is just one of the over 900 Veteran individuals or families that Volunteers of America helps secure affordable housing every year through its Back Home program. To get involved or find more information about Veteran Services with Volunteers of America Colorado, visit our Veterans page.